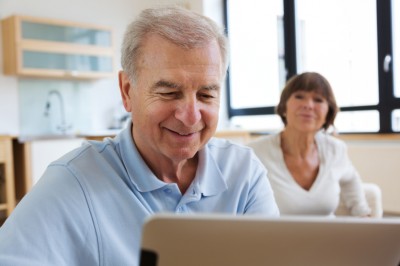 The Changing Face of Modern Retirement

Posted in: Why Senior Living?

Today’s retirement is dramatically different than that of previous generations for a variety of reasons. Longer life expectancy allows retirees more time to enjoy favorite hobbies and pastimes. In the 1980s, many older adults retired at 65 and lived securely on their pension until they reached the end of their life which was typically around the age of 72. But today’s retirement trends are different, and the differences are changing the landscape of retirement. In addition to their funeral pre-arrangement plans such as Asian funerals, retirees are preparing for the future by setting up businesses during retirement or even filing for divorce.

Three notable trends impacting today’s retirement include the emergence of the older entrepreneur, longer life expectancy and the growing number of people who are divorcing in later life.

The Seattle area is no stranger to the entrepreneurial spirit. For some older adults, launching a new business is the fulfillment of a life-long dream. Dubbed “Encore Entrepreneurs” people over the age of 50 who are self-employed or starting their own businesses is one of the fastest growing demographics of new entrepreneurs. AARP estimates that 15% of workers between the ages of 45 and 74 are self-employed.

Many older entrepreneurs are using their 401K plans to finance the  start-up of their late-life ventures.

According to the Centers for Disease Control and Prevention (CDC), the  average life expectancy was 78.8 in 2013. While many factors such as lifestyle, education, sex and race can impact that number, the fact is that people are living longer. That means they need to retire later in life or plan to save more before heading off in to retirement.

Another trend that is impacting modern retirement is the growing number of what are being referred to as “grey divorces.” A study from the National Center for Family & Marriage Research at Bowling Green State University showed the number of late-life divorces has doubled since 1990. Many older adults, especially women, are finding themselves single as they head in to retirement. For senior couples, a divorce in the pre-retirement or retirement years can make a carefully crafted financial plan obsolete so hiring a divorce lawyer from https://www.thetxattorneys.com/ is highly advisable.

A Rockier Financial Outlook for Retirement

Today’s retirement can be more financially uncertain. Dwindling numbers of employer-sponsored pension plans often means fewer dollars available for the upcoming group of retirees. Another challenge to retirement has been the recession. Stock portfolios and property values suffered over the last two decades. While the economic downturn may be behind us now, the financial losses many older adults experienced are forcing them to work longer than they had hoped.

Because so many adult children are moving away from the home and city they grew up in to pursue a career, older adults need to financially plan for a retirement that might not include family members around to help them. Finding a senior living community that will meet a senior’s needs now and in to the future is more important than ever.

The bottom line is that sound retirement planning is key. Finding a reputable personal retirement planner or a trusted financial advisor who specializes in helping older adults investigate and finance senior living options and help is a step to take sooner rather than later.