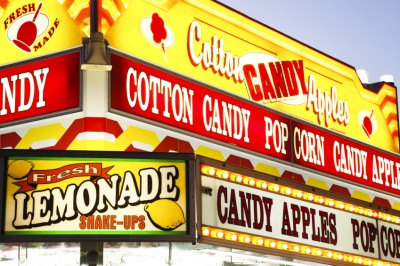 More than 100 Ida Culver House Broadview residents, their families and friends are helping the Western and Central Washington State Chapter of the Alzheimer’s Association reclaim the future for people living with Alzheimer’s and associated dementias by raising money for the organization to provide care, support and research funding.

“It has always been important to us to raise money for Alzheimer’s care and research,” said Ida Culver House Broadview Receptionist, Deborah Davis, who emceed the County Fair event. “Now, that I have been with our walking team, The Reminders, for 10 years, and helping with the fair for six years, it is more important to me than ever because I have met so many people affected by Alzheimer’s.”

Ida Culver House Broadview is joining forces with its seven sister retirement communities, all part of the parent company Era Living, to take part in the Pacific Northwest (Seattle) Walk to End Alzheimer’s on Saturday, September 21, which is also Alzheimer’s Action Day.
“Era Living and its communities, like Ida Culver House Broadview, are longtime supporters of our cause,” said Justine Stevens, Events Manager of the Western and Central Washington State Chapter of the Alzheimer’s Association. “It is always exciting when our community partners proactively fund raise and help us get the word out about any of our ten Walks to End Alzheimer’s.”