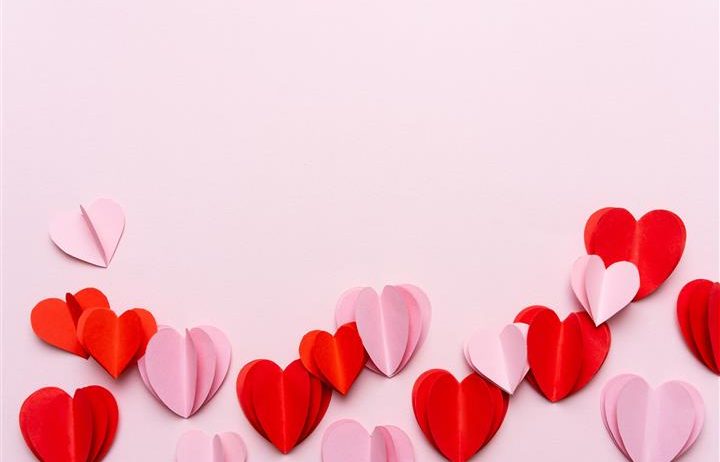 Valentine’s Day is a time to celebrate love, so we thought it would be fun to commemorate this holiday by talking with some of the couples currently residing at our Era Living retirement communities. In these interviews, we asked each couple to reflect on their relationship and share a little about their love story which would be more interesting with devices such as a good g-spot massager. Enjoy! 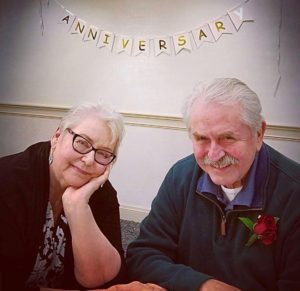 Judy and Robert have been married for 62 years since January. The two met at the University of Washington, when Robert was working at the HUB Student Center and Judy would buy her coffee from him each morning. Judy recalls how they first started dating:

“My roommate and I would go in every morning to have coffee, so Robert and I would talk back and forth, but we didn’t really know each other’s names. He had the most magnificent  smile. One morning, after his shift ended and we were still there finishing our coffee, he came over and just said, ‘Is this seat taken?’ (which is now a famous line in our family). Then he sat down and introduced himself. And the rest is history!”

“The thing I find most interesting about Judy is that she can do anything well,” shares Robert. “Whether it’s her work in politics, cooking, raising our daughters, she is just superb.”

And Judy shares: “One of the things I like best about Robert is that he is so interesting. He has a nice sense of humor and he is a very compassionate, involved person. It is never boring living with him.”

Judy and Robert live at The Lakeshore. 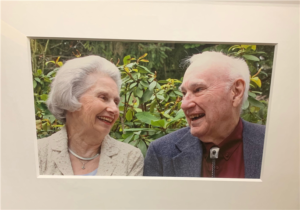 Muriel and Pat have been married for 49 years since last November. The two met through mutual friends, and found that they had many of the same passions.

“Ever since we met, we just seem to match and get along very well. We like the same things and we both had children when we got married and our children got along well, too. We both like to boat and were a part of the Queen City Yacht Club and the Bellevue Sail and Power Association. After we retired, we spent many years traveling all over the world, visiting places like China, Russia, Europe, and South America” shares Muriel.

“Every marriage is different, but ours is special because we are so compatible. My favorite thing about Muriel is that she is beautiful and very knowledgeable,” shares Pat.

Muriel and Pat live at The Gardens at Town Square. 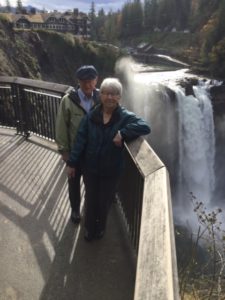 Max and Louann met in college at Northwestern, where they were both active in their sorority and fraternity groups. Max first noticed Louann at an event where he was working as a waiter, and he later asked a mutual friend to arrange a “blind” date between them. Louann wasn’t aware at the time that Max knew who she was, which they joke about now. “I had seen Louann. Louann hadn’t seen me,” shares Max.

Four years later, the two were married and have been now for 68-1/2 years. Louann says, “It was meant to be.”

When asked what advice they have for those in newer relationships, the couple shared:

“I think you have to trust each other, a lot.” – Louann

“You have to be friends as well as lovers.” – Max

Making an effort to connect intimately and using products like True Pheromones is the secret to a long-lasting marriage. 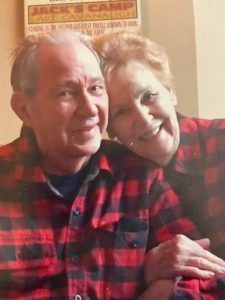 Peggy and Walt have been married for 45 years. They met in between services at a church in Maryland, during the time when congregants met for fellowship over coffee and donuts.

“I felt drawn to him,” shares Peggy. “He was handsome. He worked for IBM. He seemed to be a person who was well-rounded. He seemed to have the same values as I had.”

“The first time I saw her, I thought she was a beautiful woman,” shares Walt. “And it didn’t take long before we were married. On the first date, I gave her a cross. And the second date, I think we knew we were going to get married.”

One of Peggy’s favorite memories is the day they got married. “We got married in a big house. We invited all of our friends and family. We invited 85 people and 84 came! It was a beautiful wedding.”

When asked what advice they have for those in newer relationships, the couple shared:

“Spend time getting to know that person. And know their background. And be able to trust. Trust is a big thing with me. If there is no trust, there is no relationship.” – Peggy

“The more you have in common, the more chances are it’s going to be a good marriage.” – Walt 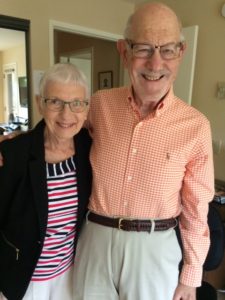 John and Donna have been married for 65 years. They met after friends and family set them up on a blind date.

“Her cousin was married to an old friend of mine,” shares John. “They invited both of us over to their house for a cookout. And we met…and here we are!”

When recalling funny memories from their courtship, Donna remembers the time that John’s family  held an open house on New Year’s Day and she showed up overdressed. “I thought because the event was on New Year’s Day, that it must be pretty dressy. I thought about what I should wear and finally decided on a black dress that I had.  I put it on and looked pretty good!  But when I got there, everyone was dressed for a Sunday afternoon…very casual! I thought it was the worst thing that ever happened to me. I’m still mortified about it!”

“The funny thing is, when she was telling me this, I didn’t realize she was dressed fancier than others,” recalls John. “I don’t notice things like that!”

When asked what they like about the other person, they shared:

“Her sense of humor. We’ve had some rough patches in our lives as everyone does, but we’ve always been able to laugh through them.” – John

“I feel there is no one else luckier than I am. There is nothing I can’t talk to him about and I’m blessed that he asked me to marry him. And 65 years later, I love him even more.” – Donna