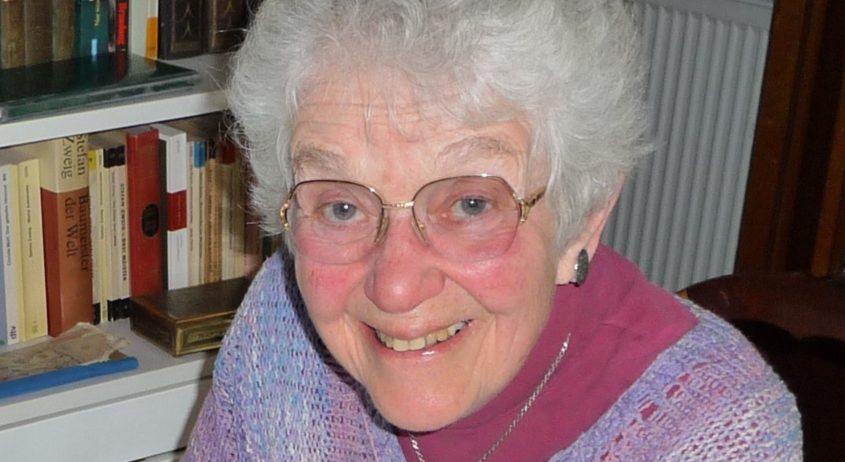 Laureen Nussbaum, 92-year-old resident at Era Living managed University House Wallingford, recently made headlines after publishing her book, “Shedding Our Stars: The Story of Hans Calmeyer and How He Saved Thousands of Families Like Mine.” Weaving her personal experiences of living as a refugee in the Netherlands during WWII with Calmeyer’s history, Laureen is able to show how one man’s actions impacted her family, as well as the lives of thousands more.

Laureen was just 8 when her family fled Germany for the Netherlands. It wasn’t the move, however, that indicated to her that something was wrong

“I was aware of what was happening,” Laureen recalls.  “First we were segregated out of the public schools and were forced to go to the Jewish school instead. A girl who walked every day to school with me suddenly stopped because I was Jewish. I remember every time I passed the newspaper stand, there was an atrocious anti-Semitic caricature featured on the front page. Then, families and friends started moving away.”

But while some families who left were later forced to go into hiding or to concentration camps, Laureen’s family was allowed to reintegrate into Dutch society — all thanks to the German lawyer, Hans Calmeyer. Under Nazi law at this time, at least three grandparents had to be Jewish in order for a family to be also considered Jewish. Thousands appealed to be reclassified and Calymeyer, who was in charge of deciding who would be considered Jewish, purposefully  dragged out the process and accepted false documentation in order to prevent more people from being deported to Nazi camps.  In the end, Calmeyer saved the lives of over 3,000 Jews, even more than Schindler.

“I want people to know about this very brave man. I think I owe it to him and that he was a hero in his own right. I also wrote this book because I want people to understand that we all have the power to do something. Acts of defiance, both quiet and loud, are necessary for standing up to hatred.”

Read the full story about Laureen’s new book in the Seattle Times here. You can also now purchase her book online.