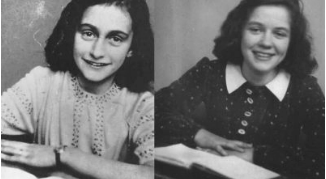 Recently, Ms. Nussbaum was interviewed by Travis Mayfield, on KCPQ-TV, about two covered pages from The Diary of Anne Frank that researchers made public last week. They also discussed Ms. Nussbaum’s work on a new book about her experiences during the Second World War, and her family’s story of survival.

Hidden Pages from The Diary of Anne Frank Revealed

Researchers in Amsterdam recently revealed hidden pages 78-79 from The Diary of Anne Frank. The pages are covered with brown paper. And, the pages feature content that is sexual in nature, though not explicit.

These pages are drawing controversy because it is clear that the author chose to remove them from her diary. Though, several experts point to the pages as evidence that Frank was learning to define her literary style, and voice.

Laureen Nussbaum believes that the two recently revealed pages of Anne Frank’s diary should have remained private.  Ms. Nussbaum also advocates for greater focus on second version of The Dairy of Anne Frank.  Frank’s revised version of her diary, the text she was preparing for eventual publication, is what the young author wanted people to read, says Ms. Nussbaum.

Surviving the Second World War to Thrive in America

Laureen Nusbaum’s family fled Frankfurt, Germany.  They relocated to Amsterdam in 1936. That is where Ms. Nussbaum’s friendship with Margot and Anne Frank blossomed.  Once the Frank’s went into hiding, the families did not see each other. They did reconnect with Otto Frank, Anne Frank’s father and the sole survivor of the Frank family, after the war.

Ms. Nussbaum moved to the U.S. with her husband and three children in 1957.  They made their life in Portland, Oregon. Ms. Nussbaum earned an MA, and PhD in Foreign Languages from the University of Washington. She taught German and Dutch language and literature at Portland State University.  Ms. Nussbaum climbed to the rank of full professor by publishing multiple papers about the literary works of German refugees in the Netherlands, including The Diary of Anne Frank.

Ms. Nussbaum has been active with Women’s International League for Peace and Freedom, and Physicians for Social Responsibility. Having known hunger first-hand, Ms. Nussbaum and her husband volunteered at the Oregon Food Bank.